Which Disney World Park Has the Most Rides 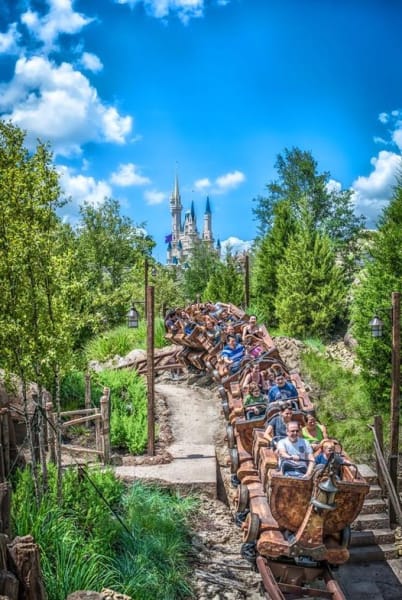 There are lot of different reasons that people choose, or prefer, one Disney park over the other. But one common question that comes up, especially for Disney first-timers, is “Which park has the most rides?”

And it makes sense. After all, you paid a lot of money for your tickets, and you want to pack as much fun into your day as possible.

And for a lot of people, “fun” at Disney World = rides.

In this post, you’ll learn which Disney park has the most rides, which park(s) have the least, and get an alphabetical list of rides for each park.

In addition, you’ll learn a little Disney trivia along the way, see some great ride photos, and learn how these ride numbers compare to Disneyland and Universal Studios.

Planning a Disney World vacation? Check out these popular posts!

✅ Which Disney Park Has the Most Rides?j,

Magic Kingdom has 23 rides (soon to be 24), making it the Disney park with the most rides.

What rides are at Magic Kingdom?

What rides are in Hollywood Studios?

What rides are at Animal Kingdom?

If you’re looking at that list and feeling like something is missing, it’s because Primeval Whirl, a steel, Wild Mouse-style roller coaster located in DinoLand USA, was demolished. I’m glad to say that I rode it once, with one my daughters. I remember yelling, “Ow .. ow!!” pretty much the entire time.

At the time of this writing, I cannot find any information indicating that Disney plans to open a new attraction in Primeval Whirl’s place.

What Rides are in Epcot?

For those of us who old enough to remember when Epcot first opened, this is pretty striking that Epcot has ten rides.

According to Mickey Blog, when Epcot first opened in 1982, it has a grand total of three rides. Three!

The Original Rides on Epcot’s Opening Day Were:

Listen to the Land became Living with the Land in 1994. El Rio del Tiempo became lsee about Mexico and more about Donald Duck and his friend when it was transformed into Gran Fiesta Tour in 2007. And Spaceship Earth is expecting to be refurbished in 2023.

Which Disney park has the most roller coasters?

Magic Kingdom is the park with the most roller coasters, with a total of four. (It will five soon, when Tron Lightcycle Power Run Coaster opens sometime in 2022.)

Magic Kingdom’s roller coasters, from slowest speed to fastest, are:

Yup, Space Mountain is just barely a little faster than The Barnstormer. Isn’t that crazy? It just feels faster because you can’t see where you’re going and the flashing lights kinda throw you off.

Epcot has only one roller coaster, Guardians of the Galaxy: Cosmic Rewind. (The fact that Epcot has a roller coaster at all is kind of a big deal. It had zero roller coasters for 40 years before it finally got one!)

Animal Kingdom also has only one roller coaster, but it’s my favorite: Expedition Everest.


What Disney World park has the least amount of rides?

It’s a tie between Hollywood Studios and Animal Kingdom. Each park has 8 rides.

✅ Which park has more rides, Disneyland or Disney World?

According to Reader’s Digest,

This includes everything, including water park rides non-moving attractions.

While both theme parks share the same four lands (Tomorrowland, Fantasyland, Frontierland, and Adventureland) and share a lot of similar rides, each park also has some exclusive rides.

For example, you can only ride Mr. Toad’s Wild Road, Matterhorn Bobsleds, and Pinocchio’s Daring Adventure in Disneyland in California.

And you can only ride the Seven Dwarfs Mine Train, Tomorrowland Transit Authority PeopleMover, or Walt Disney’s Carousel of Progress in Walt Disney’s Magic Kingdom in Florida.

✅ Who has more rides, Universal Studios or Disney?

Oooh, I think this is the very first time ever that I have typed “the U-word” on this blog!

I have nothing against Universal Studios; I’ve just never been there and know nothing about it.

But all that is going to change soon, because my youngest daughter and I will be taking our first trip to Universal in a few months!

Update: We just recently returned from our trip, and here are some posts I’ve written since:

Anyway, to answer the question about rides: I read that there are 48 total rides at Universal. But (I think) this includes water park rides. If that’s the case, than Disney World has more total rides than Universal.

However, from what I understand, Universal definitely has more thrill rides than Disney World. (Which is one of the reasons we’re going. And the reason that my husband will be staying home.)