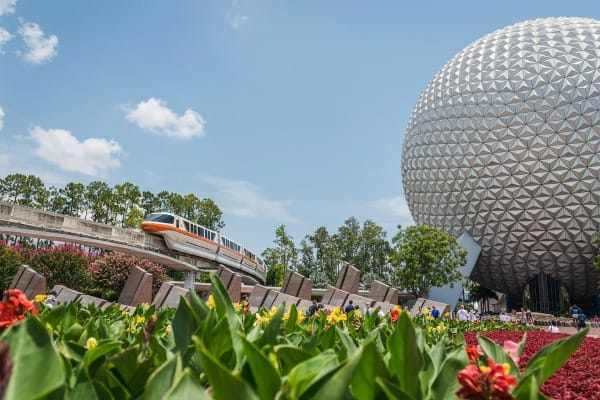 This is a bit of a departure from my usual posts.

Instead of giving a “Complete Guide” to a restaurant, ride, or topic, I’m being full-on subjective and sharing my personal list of things I’ve done at Disney World that I’ll never do again.

Of course, I need to include the disclaimer that opinions change, situations change, and your travel companions may have differing opinions that aren’t worth fighting about.

So “never” may not end up being as definite as it sounds.

But here are the 7 things I’m not planning on doing again, in no particular order:

Your Disney park bagchecklist should be on its way!

This sounds kind of weird, because I love pineapple. It’s even one of my favorite pizza toppings.

So … actually, now that I think about it, it’s not weird at all.

Because if you’ve actually read the list of Dole Whip ingredients, you know that there is no actual pineapple in them.

Anyway, on my most recent trip I had a “pineapple” Dole Whip at Tamu Tamu in Animal Kingdom. I wanted to get the vanilla=pineapple swirl, but unlike Aloha Isle in Magic Kingdom, they had no vanilla option.

I hate to say this, but I flat-out didn’t like it. As in, I wished I had gotten a regular ice cream cone somewhere else. It just tasted too artificial.

From now on I’ll stick with the swirl.

Get the Disney Dining Plan

Many years ago, our family got the “free” Dining Plan on a few trips and thought we were in heaven.

But the Free Dining Plan promo has changed.

And to some extent, so has my mindset.

Then you have to take into consideration that you’re forfeiting a room discount in order to get free dining.

But to me, the worst thing is that unless you stay at a Deluxe Resort, you can only get the Quick Service plan.

So in order to eat at Table Service restaurants (which includes every character meal), you have to either:

The whole has just gotten too complicated and less appealing to me.

So no more Dining Plan for me in the near forseeable future. I’d rather just get what I want (which is way less that what the Dining Plan offers anyway) and pay for it.

See It’s Tough to be a Bug

Rob and I have very different tastes in rides. This is one attraction that he thinks is pretty fun.

I, however, could live a very rich, full life without seeing it ever again.

In the first place — and this is not the attraction’s fault — I have mono vision. So maybe the 3D effects are super-amazing and incredible, but I wouldn’t know. And without the 3D effects, it’s not very interesting.

Second, I’m not a huge fan of the 4D thing where they poke your seat, shoot mist in your face, and so on.

So, yeah … I’m gonna pass on this one in the future.

PS — I would feel bad if I didn’t mention that A Bug’s Life is one of my very favorite Pixar films. Sorry, Flick. It has nothing to do with you, I promise.

This one actually has a caveat:

If I’m at Disney World with my non-existent grandchildren someday and they want to ride it, then sure, I’ll ride it with them. It’s a nice way to introduce toddlers and pre-schoolers to roller coasters

But honestly, that’s the only thing that ride is good for. Until and unless the above scenario ever happens, The Barnstormer has no use for me.

The idea of walking several miles while wearing sandals may sound like a bad idea.

But it’s only a bad idea if you have the wrong sandals.

With sandals, you don’t have to worry about soggy socks. You have less friction against your feet. And your feet have more room to expand as the day goes on.

Also, as you know, I like to wear dresses to Disney World. My Merrell Slide sandals aren’t the cutest things in the world, but they work with my dresses better than sneakers would. 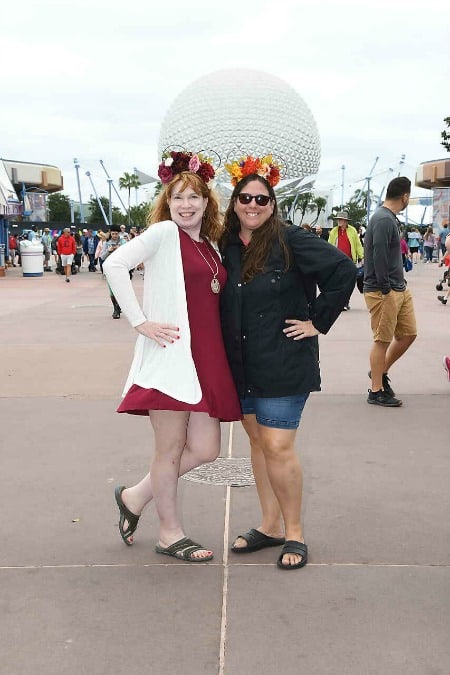 For more details on what I like to wear at Disney World, check out:

Lord willing, I will live many more years and go on many more Disney trips, and I find it hard to believe that I’ll never stay on property ever again.

But I’m not planning to do it anytime soon.

We love the Disney resorts. But the price difference is so huge that it’s hard for me to justify it.

On my last trip, we stayed at a condo with a kitchen, two bedrooms and two bathrooms. It was the equivalent of staying at two rooms at Disney, and then some. 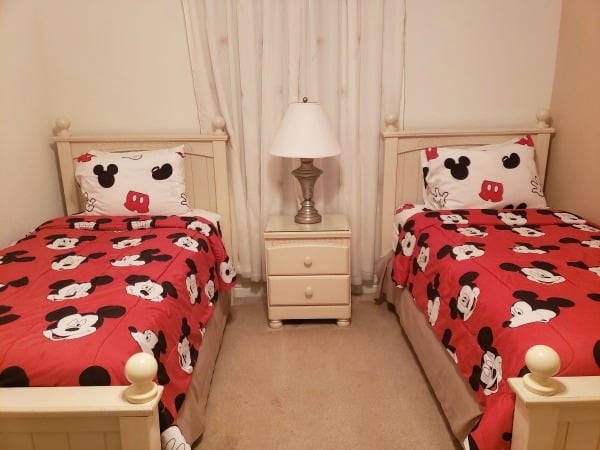 It cost about $300 less than if we had stayed at a Value Resort.

Yes — hundreds cheaper than a Value Resort, with more than twice the space!

Even more mind-boggling is that it was $3,000 less than if we had stayed at the Grand Floridian. (And again, twice the space.)

That’s a huge amount of money. And you have to wonder … is it really worth it?

I’m not sure that it is.

Go to the parks without bringing something fun for kids

I don’t mean my kids (who are now all teenagers).

I mean other people’s kids.

On my last 3 trips, I’ve brought glow sticks, stickers, and/or Disney Trading Pins with me to the parks and offered them to kids who were standing near me on line or sitting nearby on the bus or monorail.

It makes waiting in line less boring for me, and it’s an easy way to make a child (and their parents) happy. It’s actually become one of my favorite things about a Disney trip.

What about you? Are there things you swear you’ll never do again at Disney World? Let us know what they are below in the comments! 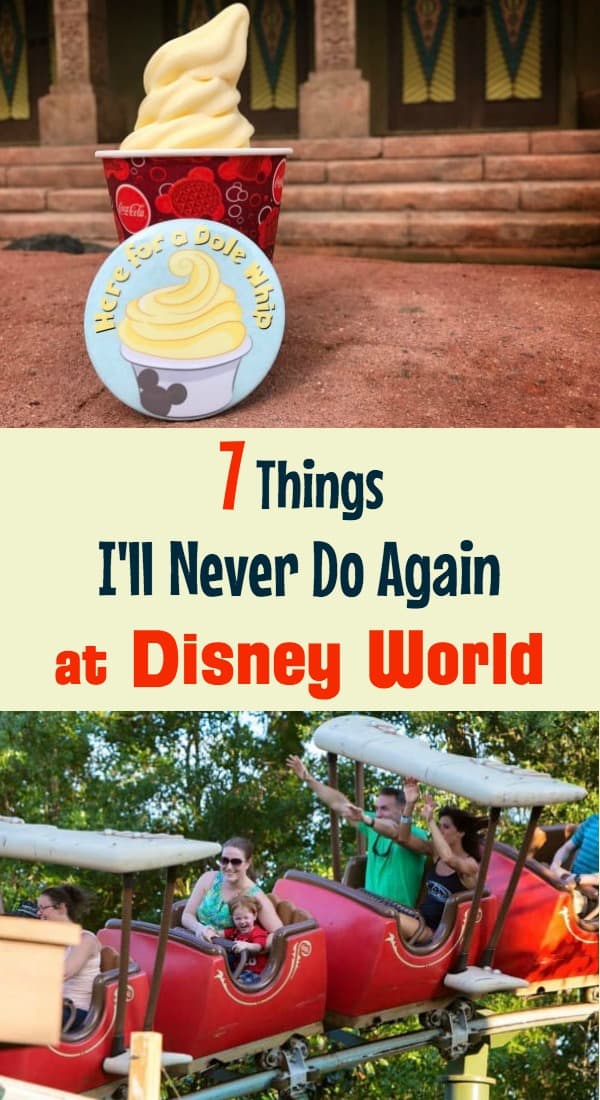