When Will ‘Ohana Reopen in 2021? (And why is the Polynesian closed?) 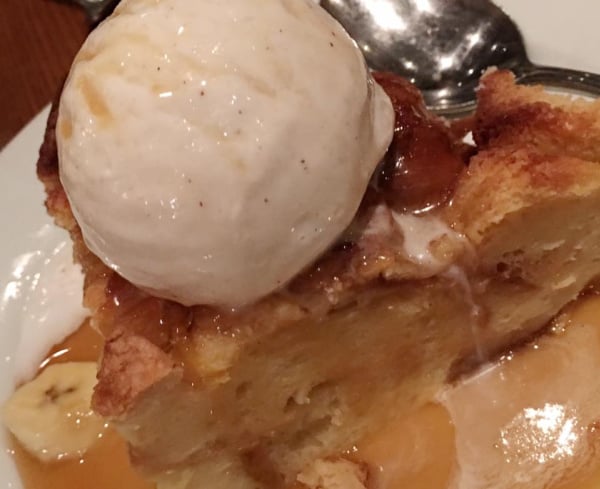 Update: It’s been confirmed that ‘Ohana will reopened on Friday, July 9. You might still enjoy reading the rest of the article, though. 😊

It’s been over half a year since Walt Disney reopened its gates in July 2020, but as you already know, things are not quite back to normal yet.

There are several restaurants that still remain closed until further notice, and one of them is the very popular Ohana at Disney’s Polynesian Village Resort, located on the Magic Kingdom monorail loop.

‘Ohana (which means “family” in Hawaiian) is a South Pacific themed restaurant that — prior to the March 2020 closing — offered a family-style character breakfast with Lilo, Stitch, and a Hawaiian family styledinner

But, with the temporary closure of ‘Ohana at the Polynesian Resort, which typically features a family-style breakfast with Lilo, Stitch, Mickey and Pluto, as well as a delicious Hawaiian family-style dinner at night.

(If you’re wondering what “family-style,” that doesn’t mean that the meal is family friendly (although it is). Rather, it means that they bring everything on the menu to your table, and you can get seconds or thirds or whatever you like. (Our Ohana hostess described it as a “reverse buffet.”)

Whether you’re eager to get back to ‘Ohana or try it for the first time, you might be itching to know when it’ll be available again.

But first let’s talk about the Polynesian Resort in general …

Why is Polynesian Resort Closed?

After Disney World shut down in mid-March 2020, they decided to take advantage of the closing and give Disney’s Polynesian Village Resort — one of the original properties that opened with the Magic Kingdom in 1971 — a refurbishment.

The Polynesian was originally scheduled to reopen back in October of 2020, but of course that didn’t happen as planned.

At the time of this writing (late April 2021), the Polynesian is now scheduled to reopen in July 2021.

Disney announced in March 2021 that the resort is now accepting bookings for July 2021 in rooms that they describe as “featuring a new color palette inspired by the Pacific Ocean and its many islands.”

Disney went on to say:

Along with all-new furnishings and fixtures, the rooms will include details, patterns and textures from the hit Walt Disney Animation Studios film “Moana” – those who look carefully may discover several characters and references to the story … the sandy ocean floor inspires the bathroom tiles and vanity’s carved details, complementing the fresh, modern overall approach to these reimagined rooms.

The resort is also developing a dramatic new porte cochere that will enhance the arrival experience as guests pull up to its Great Ceremonial House. The inviting design features a high-pitched, open-truss roof covered in a thatch style with pops of color. The area’s new open and airy vibe will be complemented by four chandeliers inspired by glass floats, fishing nets and oversized bamboo elements mirroring the chandelier inside the lobby …

I was able to find a “sneak peek” on Pinterest:

What About the Polynesian Villas & Bungalows?

The Polynesian Resort Villas & Bungalows, which are the Disney Vacation Club section of the resort, are currently open.

I’ve never been a Disney Vacation Member and frankly don’t even know much about it (except that it’s expensive), but apparently you don’t need to be to stay at the Villas & Bungalows (assuming they have availability). So if you’re dying to stay at the Polynesian and don’t want to keep waiting, it’s an option worth looking into.

What About Kona Cafe? Is it Open?

Yes, Kona Cafe is currently open. It’s very different from ‘Ohana (no Southern Pacific theme, not family style serving, and it’s more “in the open” and less private than ‘Ohana), but I enjoyed the food there quite a bit.

Also, if you’re missing ‘Ohana’s amazing Pineapple Bread Pudding with ice cream, and banana caramel sauce, you can probably get it at Kona Cafe, depending on availability. I would suggest going during lunch, before they’re likely to run out, and possibly call ahead beforehand just to check.

Also, be aware that it’s not listed on the Kona Cafe menu, so don’t panic when you don’t see it.

Yup, that’s open too, with plenty of drinks and a limited menu of appetizers.

They typically serve their own version of ‘Ohana’s Bread Pudding. It’s not listed on the menu right now, but my understanding is that it’s likely to available there upon request as well. Again, I would call ahead first and check.

The Lapu Lapu, which contains rum and tropical fruit juices and is served in a pineapple, is a popular drink. It looks pretty cool, too.

So What About ‘Ohana? When Will it Reopen?

Oh yeah … that was the original question, wasn’t it?

Well, at the time of this writing (again, late April 2021), I have not been able to find anything definitive, except to hear people speculate that ‘Ohana will probably reopen when the Polynesian reopens, in late July 2021.

But even that is not a definite.

So in the meantime, you can:

Planning a Disney World Vacation? Check out these Popular Posts: Guide to Disney Pin Trading, Fakes, and Scrappers
What are the Longest Rides & Attractions in Disney World?