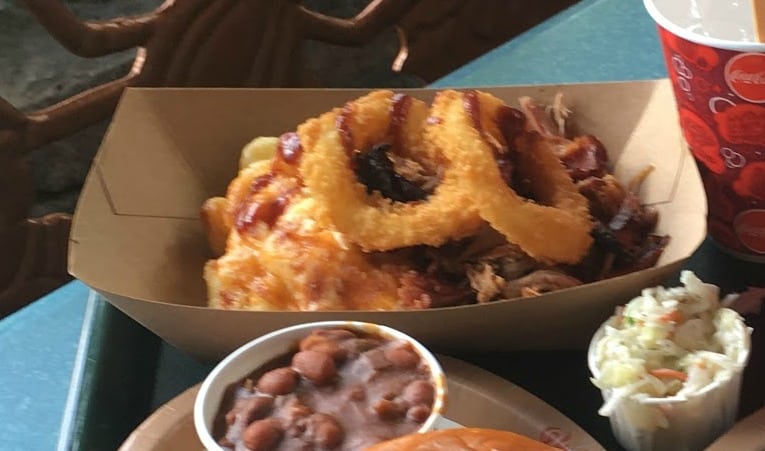 It has a fairly central location, in Discovery Island between Dinoland and the Tree of Life, which means you probably won’t have an incredibly long walk when you decide to head over there for lunch.

It participates in the Disney Dining Plan as a counter service credit, and can give you one of the “best bangs for your buck,” especially if you order one of the more expensive entrees. It also has a few Dining Plan snack credit items, which we’ll get to in a minute.

About a month ago, I polled a bunch of my Disney blogger buddies, asking what they thought was the best quick service restaurant in Disney World. At the time, I strictly played the role of journalist and didn’t add my own opinion into the results.

But now — having just returned from our most recent trip — I’m going to go ahead and officially cast my own vote for Flame Tree BBQ. (I should add the caveat that, sadly, I have not eaten at every quick service restaurant at Disney.)

So let’s dive right in to what Flame Tree is all about and why I love it so much:

It opens for lunch at 11am. and closes at various times after dinner, depending on when the park closes.

Nope, no indoor seating. It’s an order kiosk with a pick-up system, which makes it sound potentially horrible — crowded, ugly, and hot.

But surprisingly, one of the reasons that I consider it a favorite is because I love the ambiance. There is a ton of outdoor seating to the side and behind the restaurant, which is not immediately apparent when you first walk up to order.

So not only is the seating nice and spacious — which is already a big plus when it comes to Disney park quick service — but it’s also shaded and very scenic. It’s a great departure from walking all over the parks or standing in line for rides, and the perfect place to just relax and recharge for a bit. Last week when we had lunch there, my oldest daughter Rachael said, “I just wanna sit here for a while,” which was just fine with me.

There is a great view of one of my very favorite rides in all of Disney World, Expedition Everest:

And there are always some bird friends hanging around, which I think is kind of fun. I know some people have an issue with the birds, saying that they are annoying and constantly begging for food, but in my experience they have never bothered us or caused a problem.

Please do NOT feed the birds or let your children feed them!

The Menu at Flame Tree BBQ

On our most recent visit, Robert, Ben, and I split the Ribs, Chicken and Pulled Pork Sampler, which also comes with Baked Beans and Cole Slaw. My favorite part was the Ribs, and in retrospect I almost wish I had just gotten the St. Louis Rib Dinner. (Next time!) But it was nice to have several different things to try, especially since multiple people were sharing it.

Rachael decided to try something a little different and get the Baked Macaroni & Cheese with Pulled Pork.

It’s worth noting that the beans and cole slaw are part of the meals, but fries are not. None of my kids like cole slaw, so Rachael asked if she could substitute fries as her side instead.

Answer: You can’t. If you want fries, you have to order it in addition to the meal, not as a side substitution. (And then have your mother eat your cole slaw, as the case may be.)

I’ve heard that if you have some sort of food allergy that precludes you from eating the sides, you can explain that to the cast member and they may let you substitute fries without an extra charge.

Flame Tree also serves a Watermelon Salad, which I have never had, but it looks fantastic:

And I’ve never even thought to wonder about getting dessert here, because the entrees are so huge, but they do offer a Banana Maple Cake:

You can see the full menu with prices here.

Not only that, but they also have an Allergy-Friendly Kids’ Menu with 10 different meals and 2 beverages.

If you’re on the Disney Dining Plan and for some bizarre reason you don’t want to eat at entire meal at Flame Tree, they also have three snack credit options: French Fries, Onion Rings, and the French Fries with Pulled Pork and Cheese — which, normally running almost $7 and being a ton of filling food, is quite a great value and, really, more like a meal than a snack.

You Can Use Disney’s Mobile Ordering at Flame Tree

Another plus about Flame Tree BBQ is that it is one of Disney’s quick service restaurants where you can order your food ahead of time using your phone and the My Disney Experience mobile app.

So while you’re waiting in line for a ride, even if it’s a couple hours before you want to eat, you can select “My plan,” then “Order Food,” choose what you want to eat, and pay for it using either debit or credit cards, or Disney Dining Plan credits.

Then, when you arrive at the restaurant, open the app and hit the “I’m Here, Prepare My Order” button. Once your food is ready, you’ll get a notification and can pick it up when you see the “Mobile Order Pick Up” sign.

How to Use Disney Mobile Ordering

If reading this post has made you hungry for BBQ, but you’re at home instead of at Disney World, you can try this Flame Tree-inspired recipe:

Now let me hear from you.
Is Flame Tree BBQ one of your favorite Disney World restaurants as well? When menu items do you like — or dislike? Please share in the comments below! 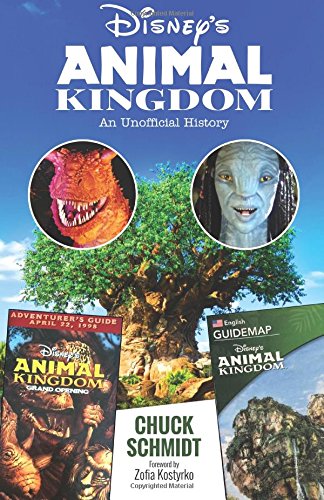 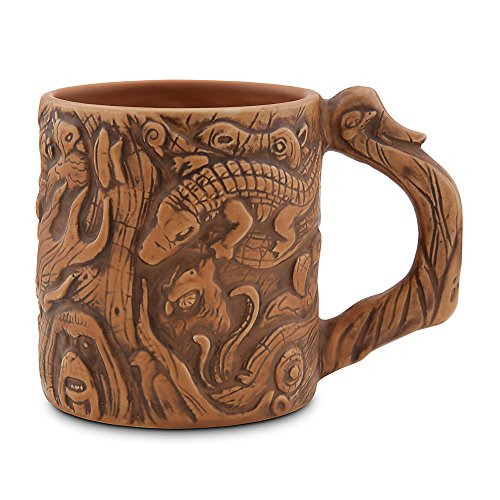 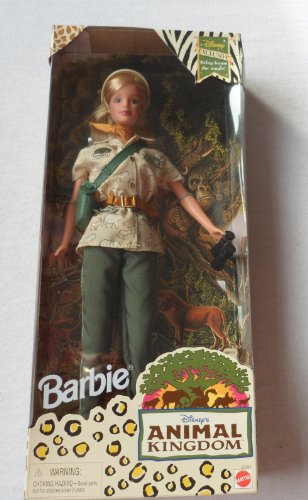 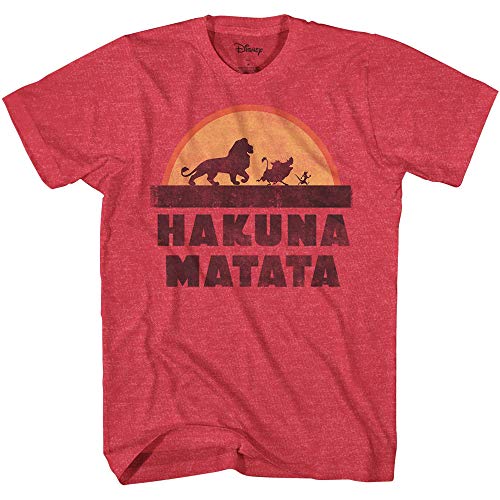 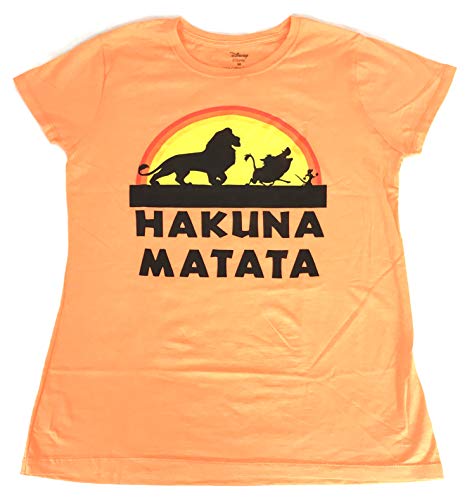 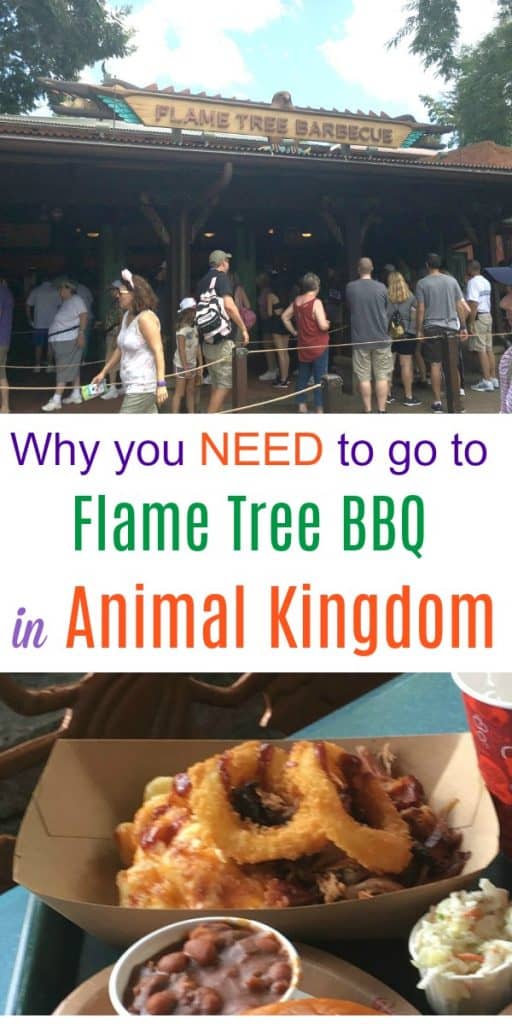 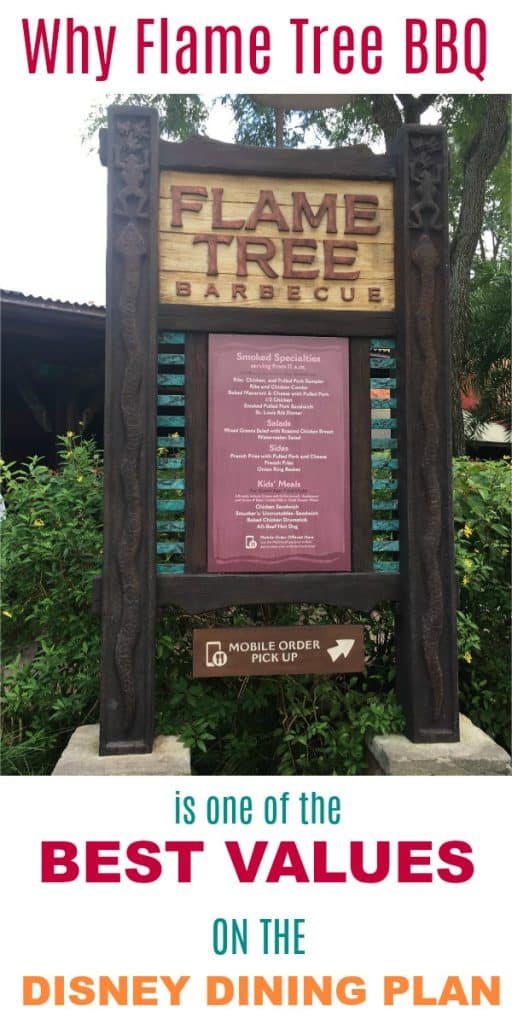 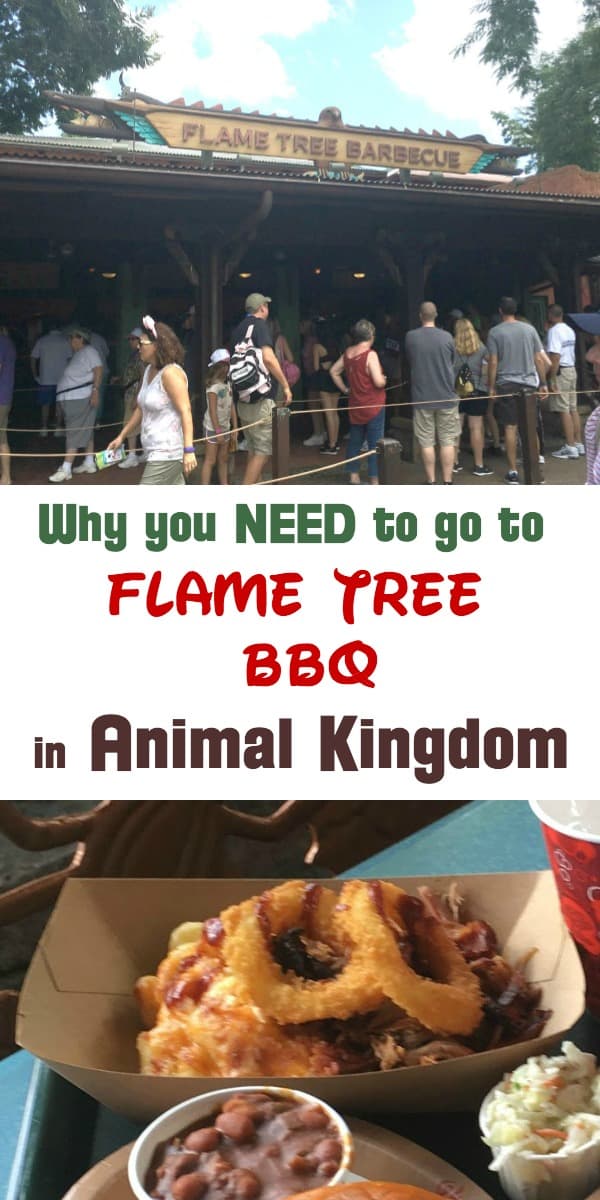 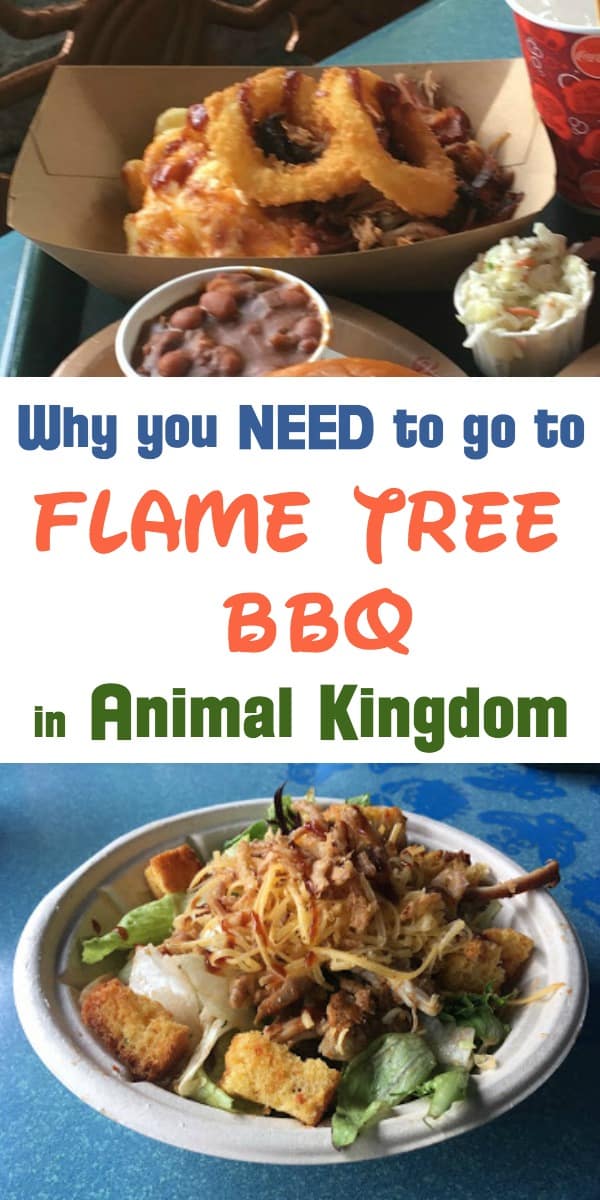 What Should I Buy Before Going to Disney World?
Disney World Height Requirements and Rider Switch