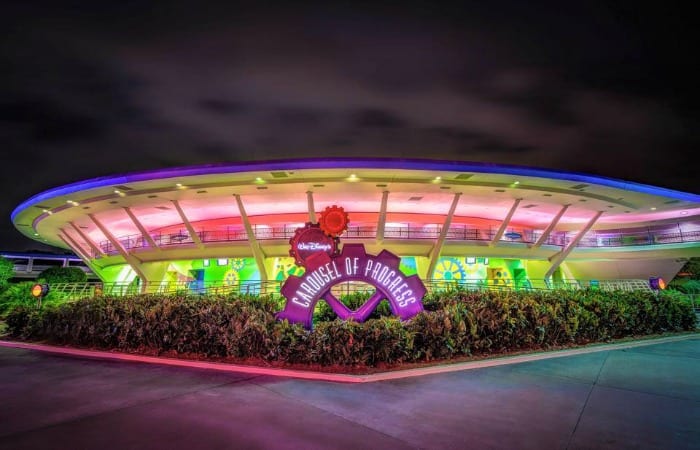 Sometimes when we’re planning a Disney World vacation, we get so excited about what we want to ride that we almost forget there are some restrictions about what we can ride.

Or, more specifically, about what our kids can ride.

It would be awful for your child to spend weeks being excited about a particular ride, arrive at the park that morning talking about it, and get on ride for it, only to turned away by a cast member.

After you read this post, you’ll be a total pro in the areas of:

Is Disney Strict with Height Requirements?

And they should be strict, since we’re talking about:

Some rides have two points of being measured:

The second measuring point is the “official” one.

So if … your child is very very close to the height requirement and made it into the queue, know that you’re not one hundred percent out of the woods quite yet.

If you’re told your child doesn’t meet the height requirement for a particular ride, please do not:

Because, aside from the fact that they work long hours at a tiring job, the cast members:

And here’s something worth noting:

Since you could be talking about the difference of a tiny fraction of an inch, it is possible that you will get different results at different times, so be prepared for that and be nice.

For example, get this:

I read in the comments section of an article that people’s spines decompress throughout the day, causing you (and your kids) to get ever-so-slightly-shorter as the day goes by.

It is within the realm of possibility that your child got on a ride in the morning, but in the late afternoon got turned away for a ride with the same exact height requirement.

So now that you know that yes, the height requirements do matter and are strictly enforced, let’s go through each park to see what the height restrictions are.

There are three Disney rides that have a separate single rider line, which will move faster than the regular Standby line:

Children have to be 7 years old to get in the single rider line.

Of course, this doesn’t mean that they’ll want to.

My kids never wanted to do single rider, even when they were considerably older than that, because they didn’t like the idea of having to ride with a stranger.

Believe it or not, that still leaves a lot to have fun with, even if you have a child that meets none of those requirements.

Here’s the list of rides, alphabetically by park, with no height restrictions:

Which Rides are Too Scary for Kids?

Okay, that was the easy part, because it included strictly-enforced rules and facts. If your kid is only three and half feet tall, then they can’t ride Space Mountain. Period. Move along.

But, like most parenting matters, they are more decisions to be made that aren’t always that simple. And when it comes to rides at Disney World, it’s important to remember that just because a child can go on a ride doesn’t mean they should.

Originally I was going to list some rides that could potentially be scary for a child … but what’s the point?

If you’re a parent you already know that things that “sound” scary (ie, the skeletons at the beginning of Pirates of the Caribbean are often not the things that freak your kids out.

For example, the first Disney movie I tried to watch with my girls was The Many Adventures of Winnie the Pooh.

Can’t get much more sweet and innocent than that, right?

Well, first both of them got scared when Pooh starting floating away with the red balloon.

I fast-fowarded to the end of that section … and they both got upset again when Pooh got stuck in the door to Rabbit’s house. “How is he going to get out?” one of them wailed in tears.

But if your children are anything like mine (or like me when I was a child), that won’t really help.

What makes it even worse is that you can’t even go by an obvious-sounding principle, like “Don’t go on anything your child doesn’t want to ride.”

But the fact is that there are some kids who won’t want to do anything, but then after you encourage them to, they end of having a really great time.

So I don’t really know how to help you here. Parenting can be tough, and most likely your kids are all wildly different from each other, which makes it even more challenging.

Read the ride descriptions (this book is fantastic), read some of the YouTube videos if you like, and hope for the best. 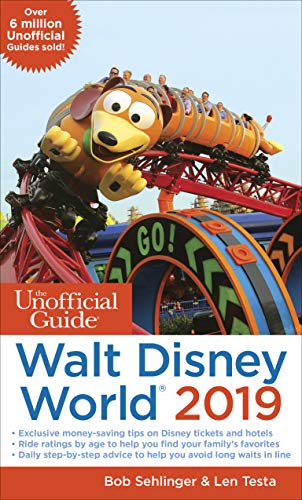 Oh, wait … I do have two suggestions:
1. Start small. Don’t have your kids’ first roller coaster experience ever be Expedition Everest.

2. Be kind and gentle if you child does get scared on a ride. Don’t ignore them, laugh at them, or tell them to toughen up. Pull them close and, depending on the ride, say kind things and/or direct their attention to something else.

Rider Swap is a great option for when to ride something that your kids don’t meet the height requirements for. It is sometimes referred to by other names, like Rider Switch, Rider Swap, Switching Off, Child Swap — or my personal favorite, Baby Swap.

What’s also nice about Rider Swap is that, according to Disney Park Moms, you can use it not only if your child doesn’t meet the height requirements, but also if they just don’t want to ride it.

So if you want to ride Space Mountain, but your nine year old doesn’t, you can use Rider Swap, even though they meet the height requirement.

How Does Disney Rider Swap Work?

Disney transitioned from paper to digital Rider Switch passes in June 2018. With this change came another: you now have a limited return window of 1 hour for using your Rider Switch pass. So make sure you make a note of that, especially if you’ve used Rider Switch in the past prior to that date.

1. Split your party into two groups of people who will ride. (The “groups” can be as small as one person each.)

1. Everybody in your party approaches the ride’s queue and tells the Cast Member that you want to use Rider Switch

2. Everybody in the first group get on line to ride.

3. The Cast Member scans the ticket or Magic Bands of everybody in the second group of riders. The people in this second group have an hour window to come back back and ride.

This is basically like getting an extra FastPass — sweet!

The really neat thing, though, especially if you older kids or several adults in your party, is that each Rider Switch pass allows entry for up to three guests.

Okay, so in the hopes of better explaining all that, I’ll paint an imaginary scenario from when when my kids were younger.

In this scenario, my husband Rob and I both want to ride Big Thunder Mountain Railroad.

Our daughters Rachael and Rebecca, are ages six and eight and also want to ride. Benjamin, however, is three years old and only 37″ tall, so he doesn’t meet the height requirement and can’t ride.

We do not have a FastPass in this scenario, for the sake of simplicity, but we were savvy enough to arrive during the afternoon parade so that the line won’t be too long.

Rob, being the great husband that he is, allows me to ride first, and Rachael and Rebecca both get to join me.

While the girls and on get on line, Rob gets his Magic Band scanned, then he and Benjamin go ride Walt Disney World Railroad.

The five of us meet up again in about 30 or 40 minutes. Rob hands Benjamin to me, then gets in the FastPass queue for Big Thunder Mountain Railroad, taking Rachael and Rebecca with him.

Benny and I go ride the Walt Disney World Railroad, because three year old Benjamin really likes trains, and I like sitting.

The five of us meet up again when we’re finished.

Can You Use Rider Swap with FastPass?

And there is where things can start to get a little confusing, but the basic gist is that only the people who ride in group one need a FastPass.

In the above scenario, only me, Rachael, and Rebecca would have needed a FastPass. Rob doesn’t, because he will get the Rider Switch pass that acts like a FastPass.

So it’s a pretty cool deal (assuming you can understand it.)

If you’re still a little confused, this infographic probably explains it better than I did:

And here’s a video explanation that also has some really nice footage:

What to Do While Waiting on Your Ride

So what do you do while you’re waiting for the other group in your party to ride?

Well, “eating” is one answer and always a popular activity, but there are a lot of other options as well.

WDWPrepSchool has these suggestions for things to do while you wait on each ride: 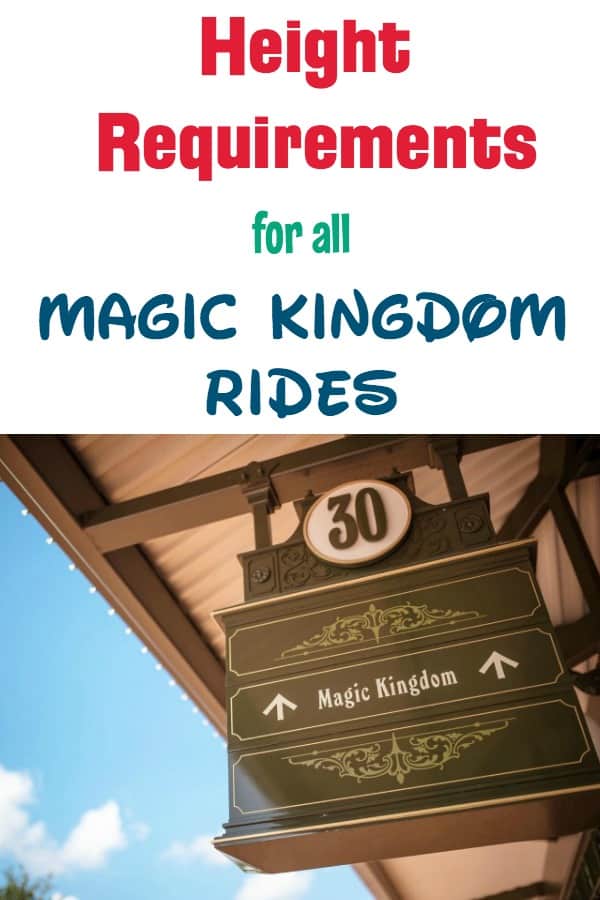 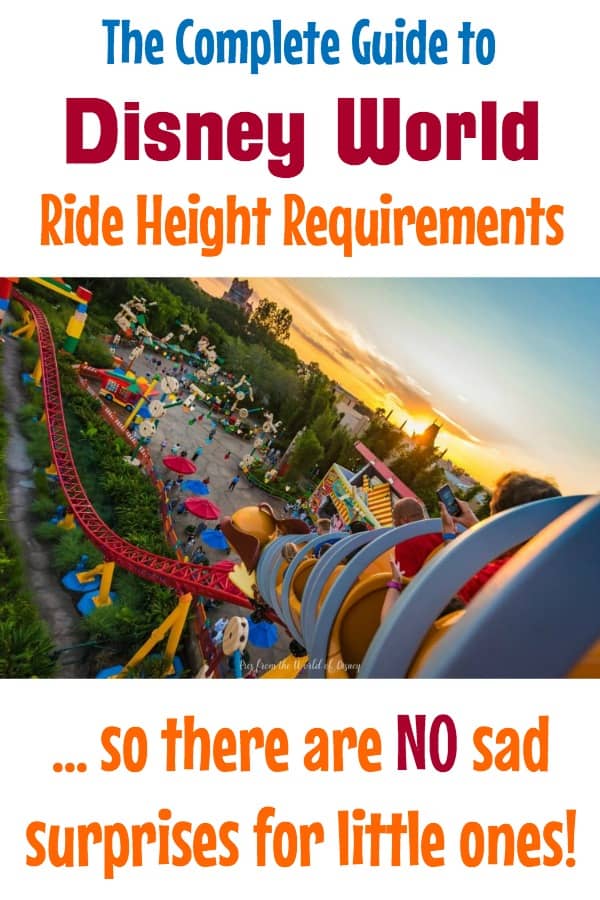