The Secret to Perfect Belgian Waffles 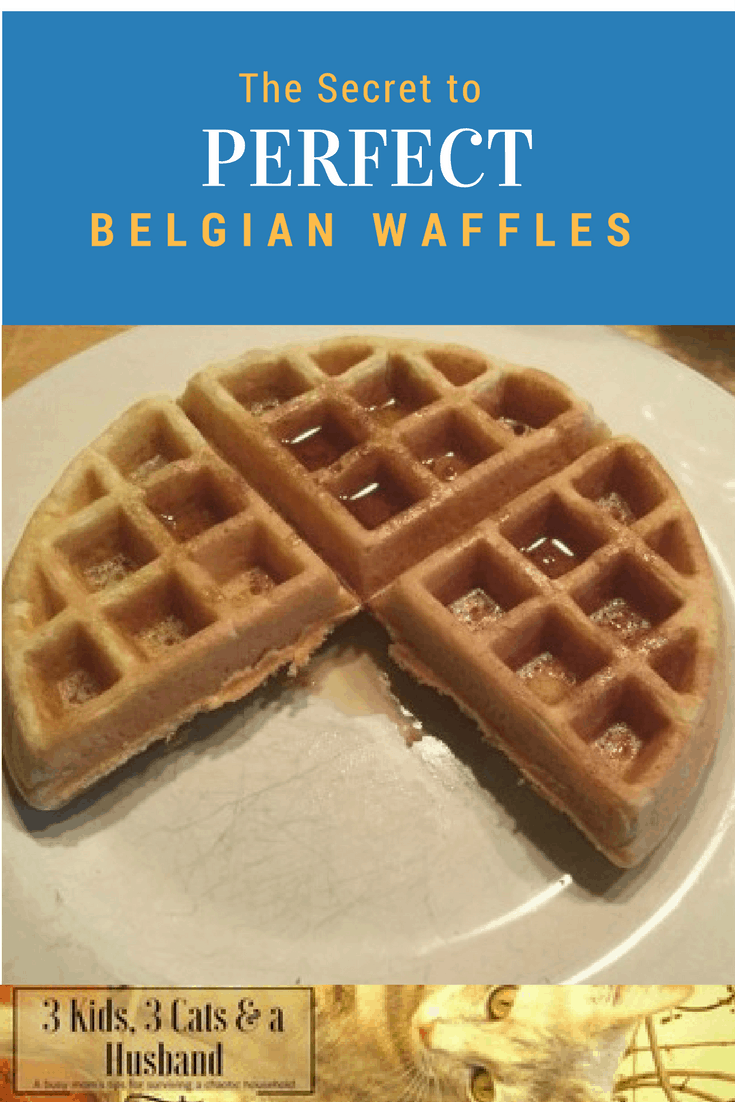 My husband Rob, who has always really loved the Belgian Waffles at La Quinta, bought a waffle maker a couple weeks ago.

Unfortunately, he was not pleased with the waffles — he said they were tasteless and bland, and not nearly as good as La Quinta’s.

So of course we had to do some research.

He found out pretty quickly that La Quinta uses Carbon’s Golden Malted Waffle and Pancake Mix, and being a desperate man who wanted a good waffle, he went ahead and forked out the $28 for a package

That solved the problem — now the waffles were perfect!

However … the price was too steep for us to be able to maintain this lavish waffle-eating lifestyle.

I knew there had to be a way you could make good waffles without a special mix, so I did some research and found that the secret ingredient was …

Rob was skeptical, but being a desperate man who wanted a good waffle and didn’t want to get a second job to pay for it, he went ahead and tried it this morning.

Chrissy and Brandi asked in the comments what kind of beer works best. Rob used Michelob AmberBock, but he said that Samuel Adams Boston Lager should work just as well.