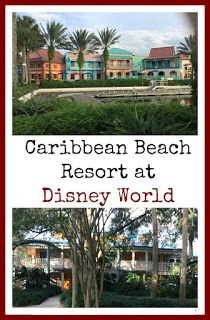 This week Rachael and Rebecca and I are staying at Caribbean Beach Resort, which is one of the Disney World Moderate Resorts, and obviously has a beach theme.

This is our first time here, and we love it. It’s very pretty and peaceful. 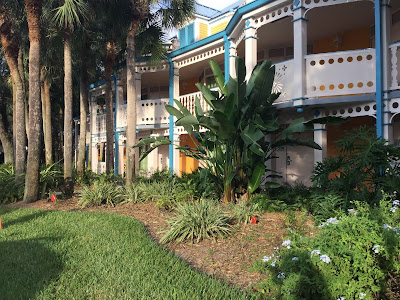 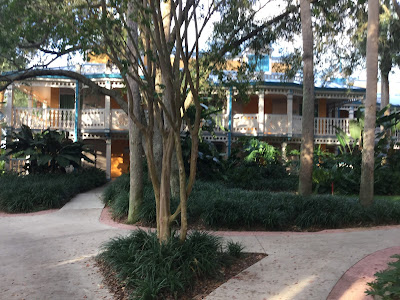 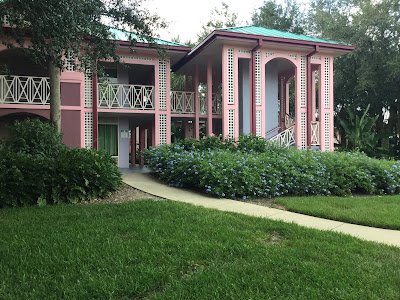 We particularly like the hammocks on the beach area. The girls like to push each other in them, and I like to just lay there and look at how beautiful everything is. I saw a family with small children out here with little shovels and pails, which would have been a big hit when my kids were a little younger.

I didn’t take any photos of the pool, because I was too busy being in the pool, but it’s very nice, with a pirate theme and two different water slides which are kind of inside an Spanish fort, complete with cannons.

There is also a smaller pool in “Jamaica,” which is a lot closer and not as fancy, but very nice as well.

We’ve eaten a few times at  Old Port Royale, the counter-service restaurant here, and I will write a separate post about that in a day or two.

One other note: Jamaica is the first bus stop at the resort, so we always got a seat on the way to the park. People at later stops, like Martinique and Barbados, often had to stand. So that was one little perk to staying in Jamaica.