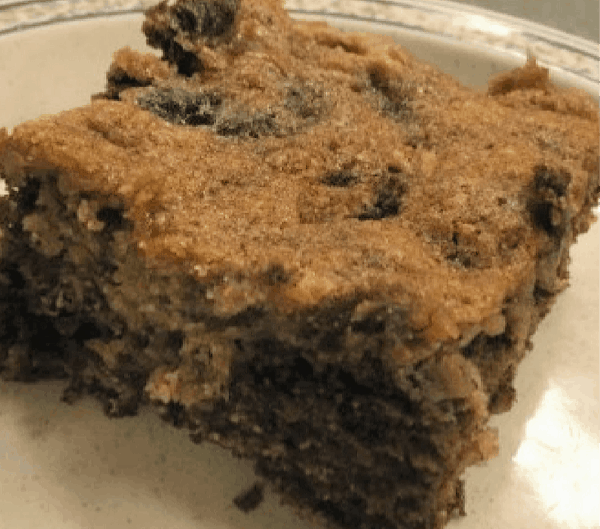 “Why do I buy bananas?” Jerry says in an episode of Seinfeld, as he dumps a huge bunch of black bananas into the trash. “They’re good for, like, a day.”

I feel his pain.

I love bananas, but there’s only good for such a small window of time — for me, when they’re just barely ripe enough.

But it’s too bad Jerry tossed all those bananas into the trash. He could have used them to bake something delicious.

I recently had a bunch of over-ripe bananas in the freezer that I had to use. Sure, banana bread is great, and I make it often, but I was in the mood for trying something a little different. I searched around and found this easy recipe for Chocolate Banana Black-Bottom Bars.

Let’s talk a little bit about baking with bananas in general, and then we’ll get to the specific recipe.

Are overripe bananas safe to eat?

Personally, I can’t stand the taste of an overripe banana by itself.

But, unless they’re truly rotten they’re perfectly safe to eat — or bake with. In fact, brown bananas apparently have more antioxidants than yellow ones.

So how do you know if a banana is rotten? According to Listonic, signs of a rotten banana include:

Can you freeze bananas for banana bread or bars?

Yup. I do it all the time — although most of the time I do it wrong.

My typical method of freezing bananas is to notice the fruit bowl, say, “Oh dang, these are too ripe,” and shove them in the freezer.

The better way to do it (which I’ll start doing from now on, I swear!) is to peel them, cut it into a few large chunks, and put in a Ziploc bag before putting in the freezer.

Can you freeze mashed bananas?

Mashed banana can also be frozen in bags or freezer-safe containers. Don’t puree the bananas, just mash with a fork to keep some texture. For each cup of mashed banana, add one tablespoon of lemon juice or 1/2 teaspoon ascorbic acid to prevent browning. A medium banana will yield about 1/2 cup mashed.

How Do You Defrost Bananas Quickly?

When I’m planning to bake banana bread, I set the frozen bananas in a bowl and just come back to them in a hour or two.

However, if you’re in a hurry (or forget to take them out earlier), this is how The Bump suggests defrosting bananas:

How many bananas make a cup?

I know how much easier it is to just toss a couple bananas into a mixing bowl instead of spooning it out and measuring it first.

I don’t spend time or energy anguishing over whether my banana is “small or “large” or somewhere in-between. I just make a quick guess and toss it in.

I tend to err on the side of putting in too much banana rather than too little, because the bananas are what makes the bread (or bars) moist and sweet.

Here are a few things you can do to customize this recipe:

A couple things to note:

Now you have something new to add to your baking repertoire when you have a pile of overripe bananas that you need to do something with. Enjoy!